See the Return API spec for request and response details.

The endpoint to estimate a return would normally be used to show a customer or admin what their estimated totals will be for their return once it is submitted.

The process to estimate the return is the same as for creating a return, except that the Return Authorization will not be persisted, and no messages will be sent.

A return is initiated through the creation of a ReturnAuthorization via OrderOperations and the OrderService, using a request which specifies any quantity of Order Fulfillment Items within an Order.

These items can be across multiple different fulfillments on the Order, as long as those fulfillments are already FULFILLED (see Statuses and Transitions). 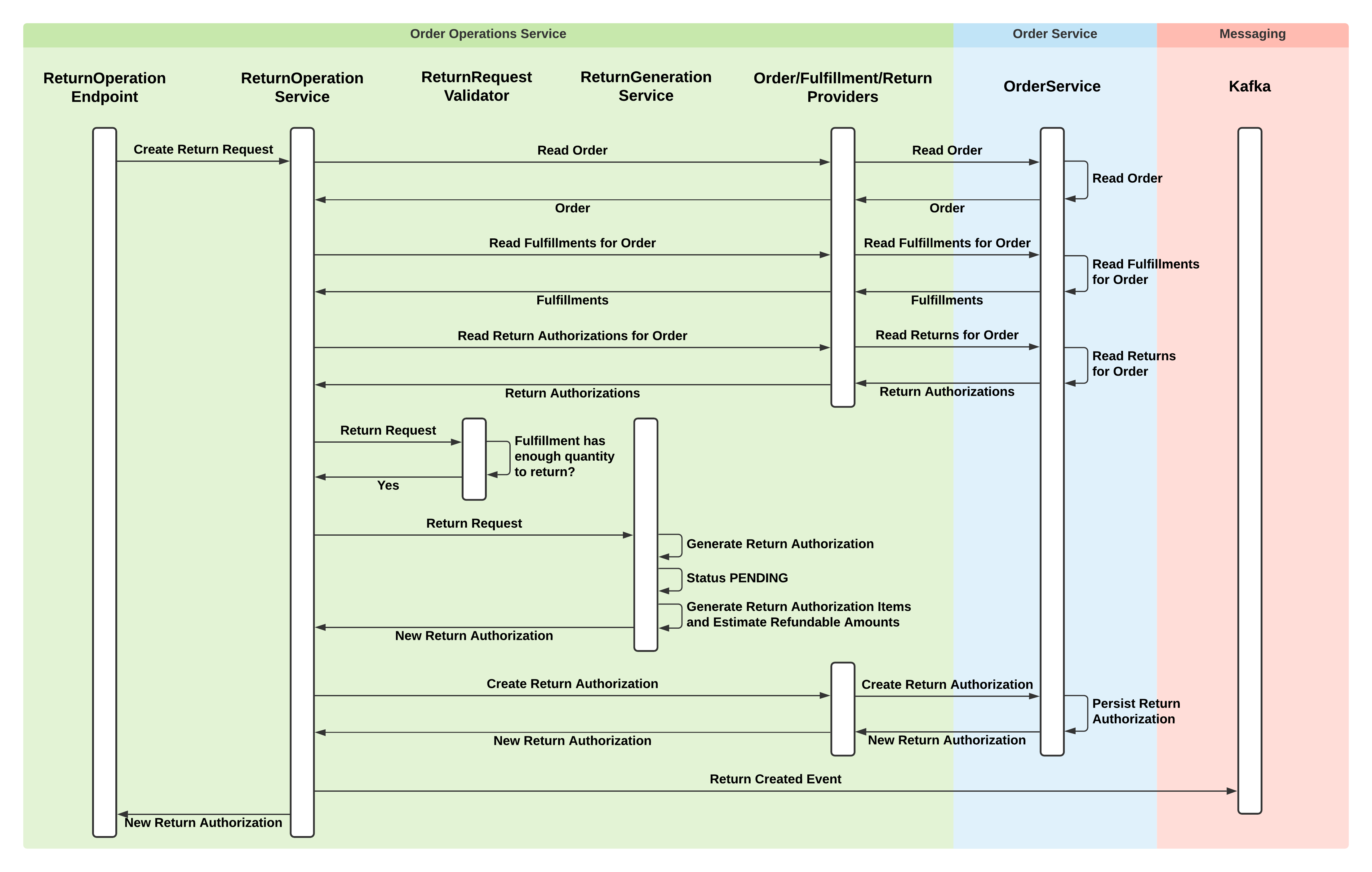 Once returned items are received by the seller, they should be marked as "confirmed" through the confirmation endpoint, using a request which specifies the containing Return Authorization, and any quantity of Order Fulfillment Items within it which have been returned. 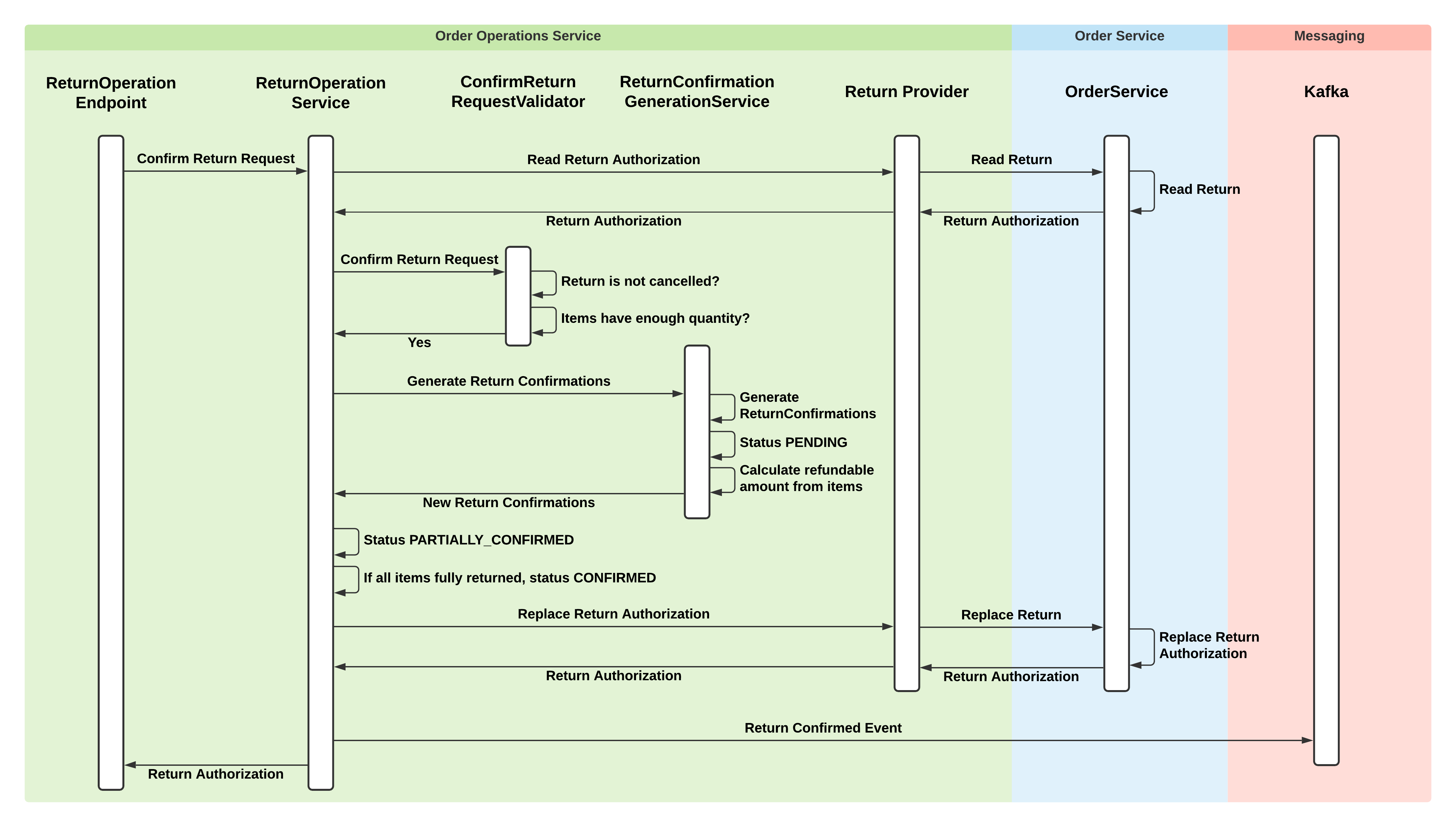 After a Return Confirmation has been created, a refund can be issued for it.

The PaymentRefundService handles going through the PENDING Return Confirmations within a Return Authorization and issues refunds based on a return item’s return type (refundable or not) and either estimated amounts to refund or overridden refund amount. After a Return Confirmation has been refunded, its status will change to COMPLETED.

This refunding can be triggered automatically through the PaymentRefundReturnConfirmedListener whenever a Return Confirmed event is received (see Auto Refund After Return is Confirmed configuration below).

Auto Refund After Return is Confirmed

Enables automatic refunding of payment following confirmation of a return.